In fine weather, the dune offers a magnificent panorama. But it's particularly interesting to discover it when the weather is less stable or when you normally would not like to walk on it.

Who would like to visit the Dune du Pilat in the fog? No one, probably. But if, by bad luck, you don't see much when you arrive at the dune, don't leave immediately! Have a look at the weather forecast! You may have the chance to observe a rare phenomenon that can normally be seen in the mountains: the Brocken spectre. What?

This funny ghost needs the sun

In order to be possibly able to see it, the fog has to dissolve to let the sun come through. For a short moment, when the sun and fog coexist on the dune, the Brocken spectre keeps you company! If you have sunshine on your back, your shadow can be surrounded by rings in the fog, if the droplets are thin enough.

"A Brocken spectre (German Brockengespenst), also called Brocken bow or mountain spectre, is the apparently enormous and magnified shadow of an observer, cast upon the surfaces of clouds opposite the sun. The head of the figure is often surrounded by the glowing halo-like rings of a glory - rings of coloured light that appear directly opposite the sun when sunlight meets a cloud of uniformly-sized water droplets."

We had the chance to observe this phenomenon on the Dune of Pilat back in 2016 (see picture above). Apparently, this is the first documented case. In January 2018, another case was made public and reported in the French media.

If you want to see how the wind blows away the fine sand, you don't have to wait for the next storm! Even a moderate wind is enough to push the tiny grains of sand towards the forest (west wind) or even back towards the ocean (east wind). Impressive! 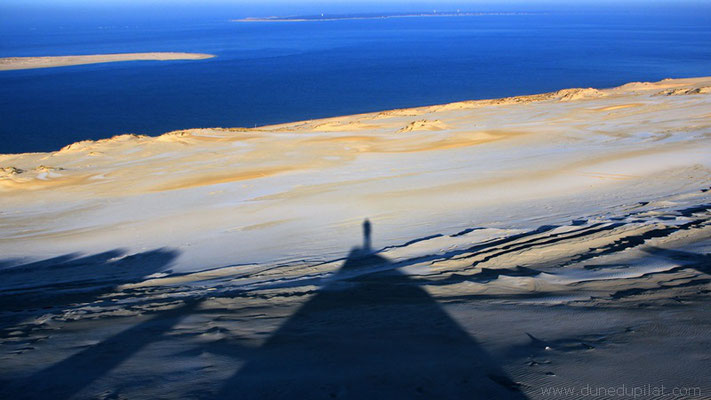 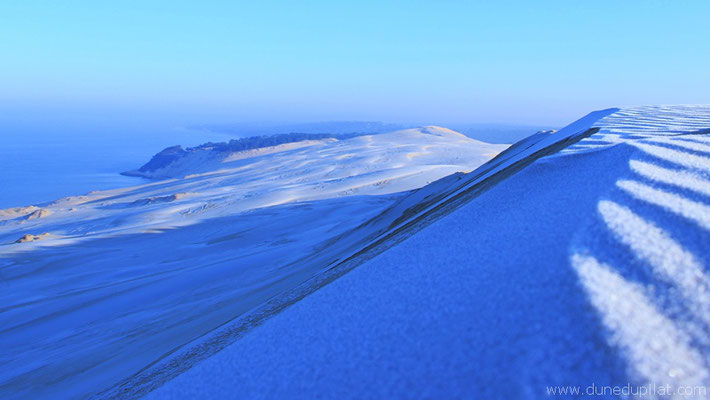 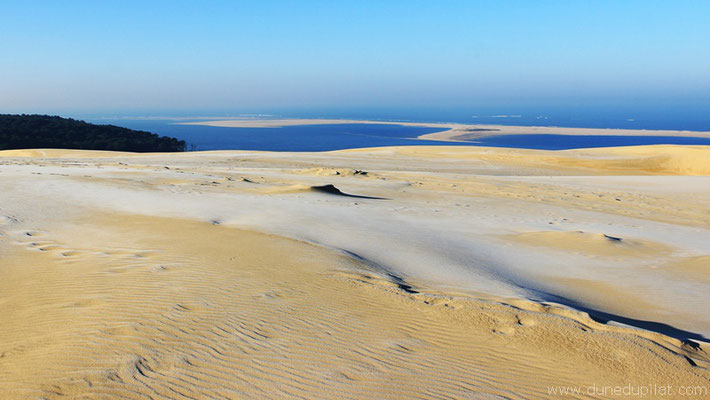 You need determination und probably must be a bit crazy, if you want to admire the dune covered with a thin white layer of frost. When it freezes on the dune, there can be an icy wind. But it's worth it! It's also a quite rare phenomenon here, because the dune is so close to the ocean, but as a rule you can see the dune like that at least once a year.

If you find yourself one day on the dune covered with a thin layer of snow, it's your lucky day! Snow is really rare on the Dune du Pilat. It may even be rarer than snow in the Sahara!

Last time it had snowed was in 2011. And then, the white flakes fell again on 7 February 2018. So we had to wait seven years! A magical moment for all those who were on the dune just that morning. By midday, almost all the snow had melted, while the sun only broke through in the afternoon. 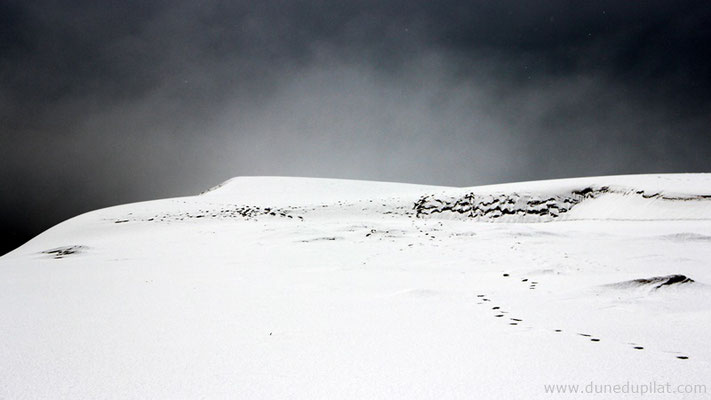 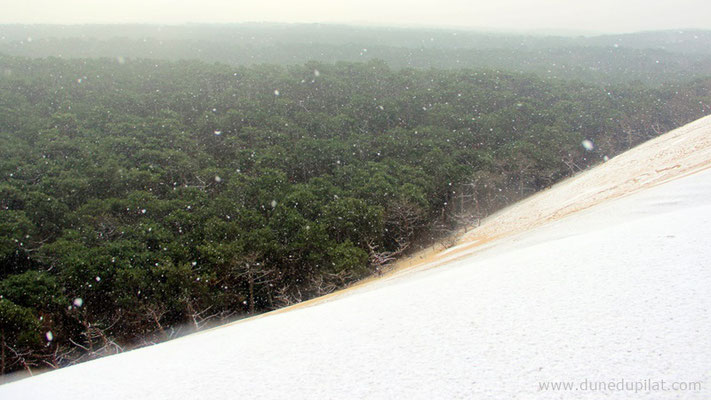 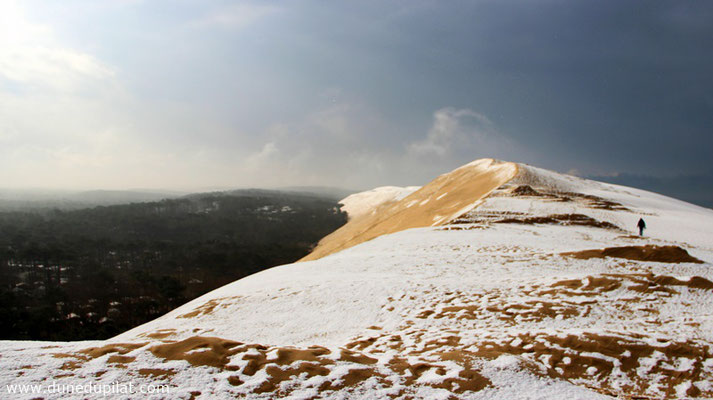